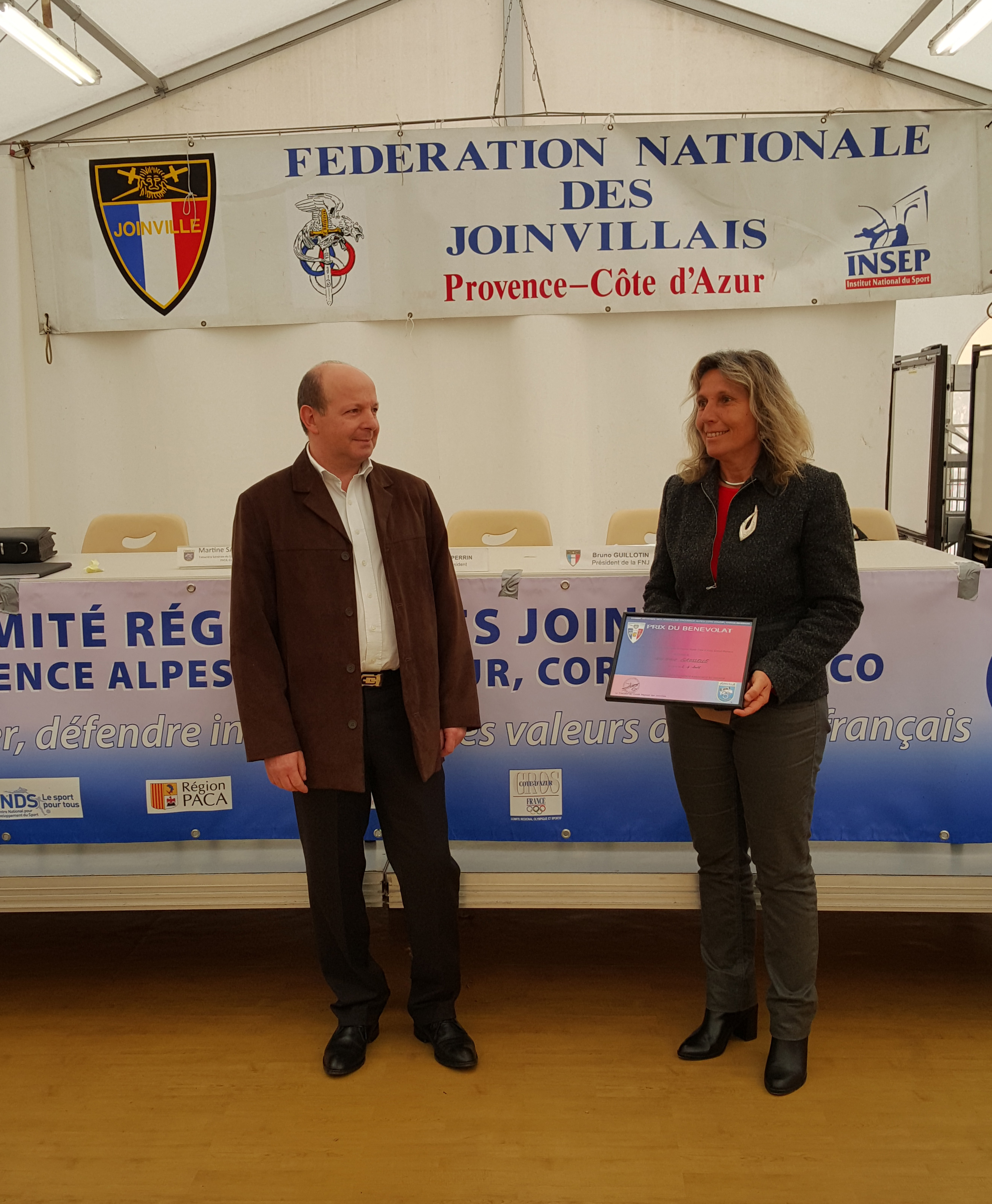 This Saturday, April 2, 2016, the President of our Club, Jean-Marie GROSSELLE, received from The National Federation of Joinvillais prices Volunteering hands of the Director of Antibes CREPS. Congratulations to our President.

For information, the National Federation of Joinvillais groups originally formers and executives from Joinville institutions – Bataillon of Joinville, former National Sports Institute, former higher teacher Schools Physical Education, National Institute of Sport and physical education – but it is wide open to athletes militants who share its vision of sport. It is structured in regional committees.

The missions are to spread the spirit of Joinville defined by the following eight points:

• work towards the promotion of any sport or physical activity;
• contribute to give France the best specialists in the sports field;
• spread the radiance of moral values;
• Find and practice any form of exercise in health concerns, efficiency and excellence;
• Participate in the development of each individual according to their abilities in a spirit of citizenship;
• Develop performance in the greatest tradition of honor;
• develop a camaraderie, mutual support and loyalty;
• serve as an example in all circumstances, particularly vis-à-vis youth.

Several fencers of the Principality of Monaco are part of this Association, two elders of the “Bataillon of Joinville,” the President of the Fencing Federation Monegasque and Vice-President, Mr Georges and Robert PRAT.